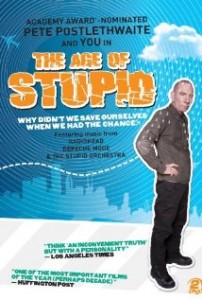 This ambitious documentary/drama/animation hybrid stars Pete Postlethwaite as an archivist in the devastated world of the future, asking the question: “Why didn’t we stop climate change when we still had the chance?” He looks back on footage of real people around the world in the years leading up to 2015 before runaway climate change took place.

Generation Waking Up
Jamie Oliver: Teach Every Child about Food