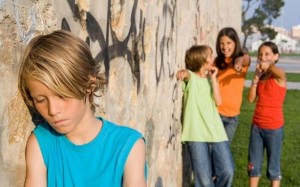 Put this picture on the board and ask students to brainstorm, go to the board, and write their ideas around the picture. Try to elicit the word ‘bullying’ and add it to the list of ideas if no one has come up with it. Leave the picture and the ideas on the board until the end of the class and allow students to add more ideas during the class.

Before class, place the following definitions of bullying in the four corners of the classroom on the wall. Put students into four groups and ask them to read the formulations by moving from corner to corner and discuss their ideas. Then, based on what they have read and know about bullying, ask students to come up with their own definitions. Finally, discuss the ideas.

Bullying is unwanted, aggressive behavior among school-aged children that involves a real or perceived power imbalance. The behavior is repeated, or has the potential to be repeated, over time. Both kids who are bullied and who bully others may have serious, lasting problems.

Bullying is a learned behaviour. It is when a person or group tries to hurt or control another person in a harmful way. Bullying is not about a conflict that needs resolving. In bullying, the power is all in one person or a group’s control. People who bully others show loathing and contempt for those they are trying to hurt.

There are also some behaviours, which, although they might be unpleasant or distressing, are not bullying:

/You might want to add the term ‘cyberbullying’ here, which is the use of social networks to deliberately harm other people./

Play the whole video. Then, play it again, but this time, stop the clip at 0:15, 0:17, 0:29 and 0:40 and ask students to dub the scenes in groups. Listen to the ideas by playing the video again and asking the groups to dub the scenes.

Lead a whole class discussion on the issue of bullying. Ask students if they have had any personal experience or if they know someone who has been involved in it.

In this task, focus on what we can do to prevent or fight bullying by using the picture and the students’ ideas from the beginning of the class. Ask students to go to the board, erase one or more ideas and replace it/them with a solution. If there are any ideas left on the board, brainstorm whether they can be solved by one way or another.

For further information on bullying, you may suggest the following pages: 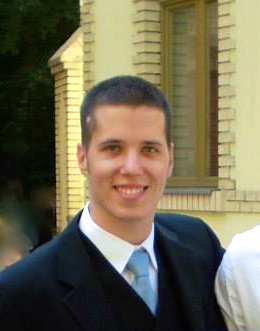 This eLesson was created by Gergő Fekete who is a teacher trainee at Eötvös Loránd University in Budapest, Hungary. His interest in global issues stems from his experience in the U.S. where he studied at a liberal arts college and interned at a non-profit organization providing global competence education in K-12 classrooms. In his free time, Gergő is an enthusiastic swimmer and enjoys discovering places he has never been to before.

One Response to Bullying