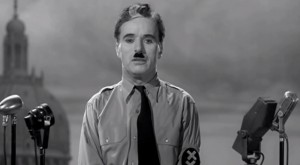 Video: https://www.youtube.com/watch?v=6FMNFvKEy4c
Be careful to consider any cultural sensitivities that may arise before using this clip.

Here you’ll find some practical ideas for working with the clip. Choose the ones that suit your teaching aims, particular group of learners, your teaching style, and then plan your own lesson.

1. Present the following sentences to the whole group via:

Using underlining, bold, highlighting etc. make it clear which words are to be focused on.

There was an abundance of food at the wedding so that everyone was full by the end of the day.

The army barricaded the streets to stop the demonstration reaching the city centre.

Her father is an awful man. He is an absolute brute.

Sandra has been very cynical about love and romance since her divorce last year.

She despised Maria’s father for being such a terrible brute.

The Roman army enslaved millions of people during their march through what is today France, Belgium and Germany.

Nelson Mandela was imprisoned on Robben Island for 18 years.

She is very intolerant of people who have different religious beliefs from her own.

More than 4,000 workers perished during the building of this great city.

We humans believe that we are the only animals to have the power of reason.

Slavery in the United States was officially ended in 1865.

The sailors almost died for want of fresh fruit.

2. In pairs or small groups, ask students to try and write their own dictionary definition for each of the keywords in these sentences or for a selection of the words before sharing their ideas with students in another group.

3. Answers are checked / compared. Definitions are given below for convenience.

abundance (n) [UC] the situation in which there is more than enough of something: There was an abundance of food at the wedding so that everyone was full by the end of the day.

barricade (v) [T] to put together a line or pile of objects, often quickly, to stop people from going where they want to go: The army barricaded the streets to stop the demonstration reaching the city centre.

brute (n) [C] old-fashioned a rough and sometimes violent man: Her father is an awful man. He is an absolute brute.

cynical (adj) believing that people are only interested in themselves and are not sincere: Sandra has been very cynical about love and romance since her divorce last year.

despise (v) [T] to feel a strong dislike for someone or something because you think that that person or thing is bad or has no value: She despised Maria’s father for being such a terrible brute.

enslave (v) [T] 1 to make someone into a slave; 2 to control someone’s actions, thoughts, emotions, or life completely: The Roman army enslaved millions of people during their march through what is today France, Belgium and Germany.

imprison (v) [T usually passive] to put someone in prison: Nelson Mandela was imprisoned on Robben Island for 18 years.

intolerance (n) [U] the fact of refusing to accept ideas, beliefs, or behaviour that are different from your own: She is very intolerant of people who have different religious beliefs from her own.

perish (v) [I] formal / literary to die, especially in an accident or by being killed, or to be destroyed: More than 4,000 workers perished during the building of this great city.

reason (n) [U] the ability of a healthy mind to think and make judgments, especially based on practical facts: We humans believe that we are the only animals to have the power of reason.

slavery (n) [U] the activity of having slaves or the condition of being a slave: Slavery in the United States was officially ended in 1865.

torture (n) [U] the act of causing great physical or mental pain in order to persuade someone to do something or to give information, or to be cruel to a person or animal: He revealed the secret under torture. (v) [T] to cause great physical or mental pain to someone: It is claimed that the officers tortured a man to death in a city police station.

want (n) [UC] the situation in which something that is necessary does not exist: The sailors almost died for want of fresh fruit.

4. In pairs/small groups, ask students to suggest what kind of relationships words can have with one another (in a text).

You could give some or all of the following examples:

Present the students with the following set of 50 words. Ideally, this will be in the form of a handout (see PDF).

Ask students to create groups of words from the list below, all of which share a relationship of some kind. They should:

Give some time for pairs/groups/the class to share some of their ideas.

Encourage students to respond to the content of the clip in whatever way they feel is most appropriate. The clip is quite affecting and even though some parts of it may be challenging, the overall message should be fairly clear.

To do this, it may be helpful to appoint a student chairperson (or chairpersons if the class is divided into smaller groups) to lead the discussion. You may even want to move out of the students’ line of sight to encourage this.

Comment on the clip (depending on how students reacted) and provide background notes as appropriate. Some useful links are given below.

Ask students what they think helps make the clip powerful / why many English-speakers find this clip powerful. The following prompts may be useful:

Acknowledge / remind / tell students that part of the power of the speech comes from relations between the words in the speech, e.g. happiness – misery / abundance – want and partly from the repetition of the same or very similar phrases.

Play the video again and/or give students the transcript and ask them to make notes identifying any key phrases that are repeated and/or noticing relationships between words.

I’m sorry, but I don’t want to be an emperor. That’s not my business. I don’t want to rule or conquer anyone. I should like to help everyone, if possible: Jew; Gentile; black man; white. We all want to help one another. Human beings are like that. We want to live by each other’s happiness, not by each other’s misery. We don’t want to hate and despise one another. In this world there is room for everyone, and the good earth is rich, and can provide for everyone. The way of life can be free and beautiful. But we have lost the way.

Greed has poisoned men’s souls; has barricaded the world with hate; has goose-stepped us into misery and bloodshed. We have developed speed, but we have shut ourselves in. Machinery that gives abundance has left us in want. Our knowledge has made us cynical. Our cleverness, hard and unkind. We think too much and feel too little. More than machinery we need humanity. More than cleverness we need kindness and gentleness. Without these qualities, life will be violent and all will be lost.

The aeroplane and the radio have brought us closer together. The very nature of these inventions cries out for the goodness in men; cries out for universal brotherhood; for the unity of us all. Even now my voice is reaching millions throughout the world. Millions of despairing men, women, and children – victims of a system that makes men torture and imprison innocent people.

To those who can hear me, I say: ‘do not despair!’. The misery that is now upon us is but the passing of greed; the bitterness of men who fear the way of human progress. The hate of men will pass, and dictators die, and the power they took from the people will return to the people. And so long as men die, liberty will never perish.

Soldiers! Don’t give yourselves to brutes! Men who despise you , enslave you, who regiment your lives, tell you what to do, what to think and what to feel! Who drill you, diet you, treat you like cattle, use you as cannon fodder. Don’t give yourselves to these unnatural men; machine men with machine minds and machine hearts! You are not machines! You are not cattle! You are men! You have the love of humanity in your hearts! You don’t hate! Only the unloved hate! The unloved and the unnatural! Soldiers! Don’t fight for slavery! Fight for liberty!

Then in the name of democracy let us use that power; let us all unite! Let us fight for a new world, a decent world that will give men a chance to work; that will give youth a future and old age a security. By the promise of these things, brutes have risen to power. But they lie! They do not fulfil that promise. They never will!

A broad set of suggestions for possible answers are given below – please note these suggestions are intended for the teacher rather than the students’ use. It is not advisable to focus on all of the aspects listed below (although this is possible it may be best carried out over a series of lessons and/or as a home task).

This eLesson was created by N.M. White, who is an ELT Materials developer and part-time tutor at the Centre for English Language Education at the University of Nottingham.

2 Responses to The Great Dictator